The In This Moment Standalone Series: Contemporary Romance

“Our lives are made up of moments, and I used to think it was only the big moments that made an impact, but now I know even the smallest of moments can change your life forever.”

Two years ago, tragedy struck for Elizabeth Shea, ensuring her life would never be the same. Unable to let go of the past and unwilling to face the future, she closed herself off from the world and the people who loved her most.

“It’s strange how the worst day of your life can become the very thing that changes it for the better.”

Brenden Scott chose to embrace the ugliness life can offer and help others find their way through the darkness, but it took a near fatal night for him to truly begin to embrace life.
Now, he lives his life in the moment, enjoying it to the fullest and taking nothing for granted.

When Elizabeth and Brenden meet, they’re drawn to each other and an unlikely friendship forms. Brenden breathes new life into her, while Elizabeth heals parts of him he didn’t even realize were broken.

Though Brenden knows pursuing her is a bad idea, he can’t resist her pull. When emotions get involved and the lines start to blur, they find themselves standing on opposite sides of the tracks.

Elizabeth is desperate to put the pain and heartbreak behind her—to find herself again—but will she be able to let go of the past or fears holding her back and learn to live in this moment?

“It’s not the moment that defines you, it’s the choices you make in reaction to it.”

One smile. One bus ride. One conversation. The beginning of everything.

Julianna has never wanted anyone more than she’s wanted Eric, but sometimes, life doesn’t pan out quite how you expect. The past ten years have been defined by the worst night of her life. Blinded by the weight of her pain, she dropped out of college to marry the wrong guy and moved hundreds of miles away from her hometown. But her unsuccessful attempt to run away from her demons only lands her right back on the starting line.

Feeling lost and alone, Julianna must face the ghosts that haunt her and the people she left behind.

One crush. One wrong move. One bad decision. The end of the beginning.

For Eric, it’s always been Julianna, even though she’s never been his. She’s owned his heart and broken it all in the same breath. After a series of poor choices caused him to hit rock bottom, Eric’s life is finally on the right track—until Julianna walks back into town. He hasn’t spoken to her since she left, thinking he’d never see her again, and his resolve is crumbling.

He knows he should keep his distance—she could shatter his world—but he can’t walk away from her.

Will Julianna and Eric finally get their happily ever after, or will the secrets they keep and the shadows of their past leave them Crushed?

“There isn’t always a clean beginning and ending to every story. Instead of something being black or white, it’s a mixture of both, forming a nice shade of gray.”

Writer Lori Stevens was eighteen when she was assaulted by her mentor, learning people aren’t always what they seem the hard way. She’s found solace living in the gray, keeping everyone at arm’s length with her secrets safely tucked away.
When the biggest story of her career hits too close to home, Lori is forced to face her demons and question everything—like her feelings for Steven Duncan.

Steven was meant to be nothing more than a failed one-night stand, but when a cruel twist of fate brings him back into her life, she begins falling for him.

Officer Steven Duncan is no stranger to tragedy, but that never stopped him from searching for his fairytale. Now, he’s dating the perfect girl, only it’s the wrong girl who feels right.

Steven is willing to fight for Lori—to step outside the boundaries of his black and white world—but can they find happiness living in the gray? 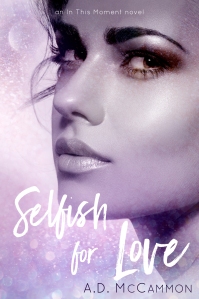 “When it comes to love, even wrong can be right.”

The dependable Catelyn Shea plays by the rules. A natural people pleaser—the perfect daughter, sister, friend, and girlfriend—she always places everyone’s needs above her own.

Love has a way of making us forget ourselves, and Catelyn is willing to risk the consequences to share one forbidden night with her first love.

Lawrence Grier was never supposed to fall in love with Catelyn, and he’s spent years trying to let her go. When a tragedy brings her back into his life, all those buried feelings resurface, and this time, he’s refusing to hold back—no matter the cost.

As secrets begin to emerge, Catelyn finds herself questioning how big of a toll she’s prepared to pay—especially when it could mean disappointing the people closest to her.

Can she put her own happiness above everyone else and be selfish for love?

Thatcher Michaelson is a bully.
Arrogant. Cruel. Ruthless.
And the most attractive guy I’ve ever laid eyes on.
He’s the rebel of Westbrook high, and I’m merely the annoying goody two-shoes he dubbed the saint.

There must be something wrong with me. After nearly two years of dirty looks and constant humiliation, I’m still crushing on the guy who hated me on sight.

Then he kissed me and instead of the ice-cold gaze I was accustomed to, I saw passion burning behind his dark molten eyes.

Violet St. James doesn’t belong in my world.
Good. Kind. Pure.
She’s everything I’m not.
She doesn’t just look like an angel, she is one. And I’ve fought every impulse to make her mine.

But all my efforts went up in flames the second I tasted her sweet lips. My inability to stay away has changed everything.

She’s determined to break down all my walls, but my little saint doesn’t understand the consequences of her actions.

She tells me she’s not afraid of the fall.
But she should be.

The Princess and the Jester: Westbrook Vol. 3