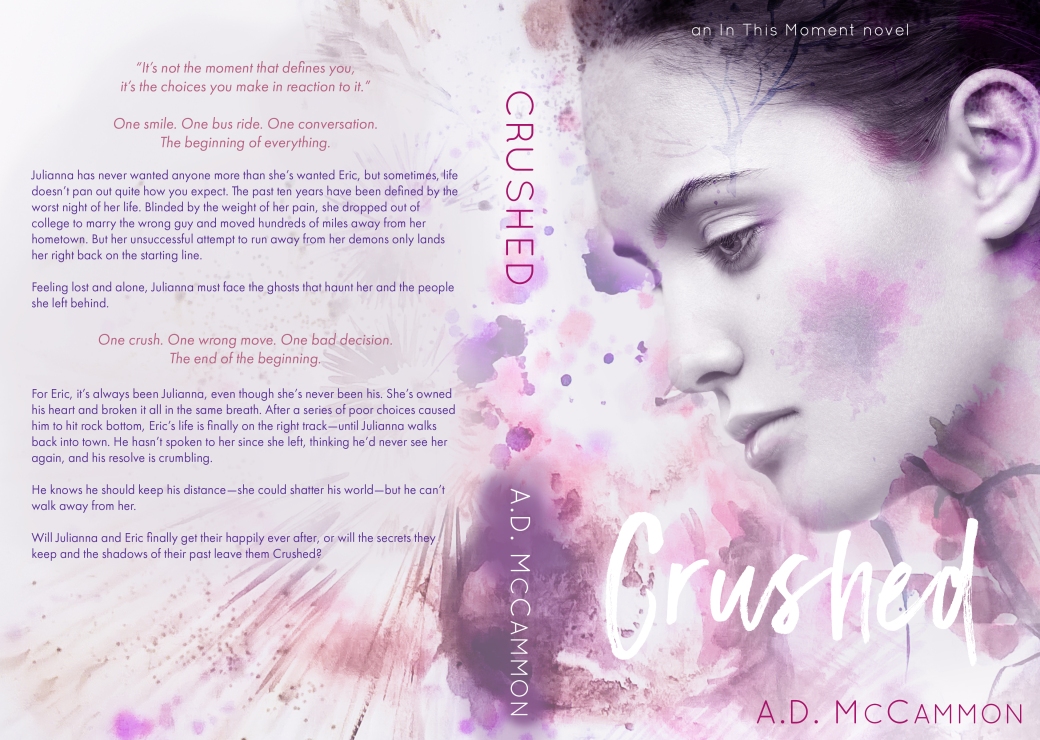 Crushed Cover Reveal & Giveaway
“It’s not the moment that defines you, it’s the choices you make in reaction to it.”

One smile. One bus ride. One conversation. The beginning of everything.

Julianna has never wanted anyone more than she’s wanted Eric, but sometimes, life doesn’t pan out quite how you expect. The past ten years have been defined by the worst night of her life. Blinded by the weight of her pain, she dropped out of college to marry the wrong guy and moved hundreds of miles away from her hometown. But her unsuccessful attempt to run away from her demons only lands her right back on the starting line.

Feeling lost and alone, Julianna must face the ghosts that haunt her and the people she left behind.

One crush. One wrong move. One bad decision. The end of the beginning.

For Eric, it’s always been Julianna, even though she’s never been his. She’s owned his heart and broken it all in the same breath. After a series of poor choices caused him to hit rock bottom, Eric’s life is finally on the right track—until Julianna walks back into town. He hasn’t spoken to her since she left, thinking he’d never see her again, and his resolve is crumbling.

He knows he should keep his distance—she could shatter his world—but he can’t walk away from her.

Will Julianna and Eric finally get their happily ever after, or will the secrets they keep and the shadows of their past leave them Crushed?

Crushed will be on sale for the first 48 hours, get notified when it goes live: http://www.subscribepage.com/CrushedLaunch